Code the Future for Pinoy kids with Cartoon Network is back! 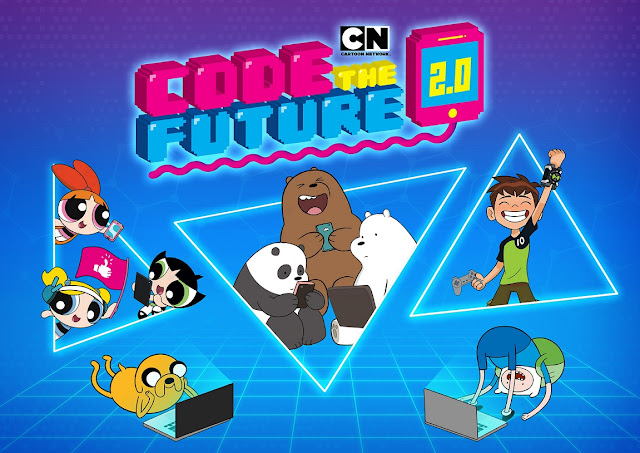 Coding is our future and that future is here.


In this digital age, coding is a basic knowledge that everyone can benefit from. As important as learning ABCs and counting 123s, learning the art and science of coding can help equip and prepare young ones for their future. And what better way to help as many children learn and understand coding than by making it easier and more accessible?

In partnership with SMILE Group, Cartoon Network is back with Code the Future 2.0 to re-introduce the world of code in a playful and engaging manner. Kids aged 8 to 10 in select Metro Manila schools will have the opportunity to learn basic coding with their favorite cartoon characters from OK K.O! Let’s Be Heroes, The Powerpuff Girls, Adventure Time, and We Bare Bears.

“Having fun in an immersive and interactive way is an effective tool in learning a new skill. Learning the basics of coding and computer programming is a skill that young Filipinos must learn in order to cope and meet the demands of the future. With the integration of Cartoon Network characters, we’re making coding fun, cool and easier for kids to understand!” shared Jia Salindong-Du, Turner Philippines’ Country Manager shared.

In this year’s Code the Future 2.0, Cartoon Network and SMILE Group will go to 10 schools in Metro Manila starting this September until November to teach coding and computer programming to young kids in a way that is fun and easy for them to embrace. These specially developed coding games and activities combine storytelling, physical play, teamwork, and problem solving to foster a passion for coding for kids, while empowering them with the skills necessary to code the future. More than the prizes that kids can win, Code the Future 2.0 aims to bring the kids’ coding skills to a whole new level.

With the help of programming tool Scratch, kids will be exposed to the fundamentals of programming and will get introduced to what learning how to code can lead to, like video sensing and controlling hardware devices.

Cartoon Network sees the importance of learning the fundamentals of coding and programming as early as today. Deemed as the skill of the future, these skills can empower young minds as it will help them become more creative, logical, and analytical, with potentials of developing a passion for coding as early as now. This skill can serve them well for many years to come as more and more industries are becoming increasingly reliant on codes and technology.

Cartoon Network is the leading kids’ brand in the Philippines. Its dedicated Philippine channel offers the best in original animated comedies including the multi-award-winning global hits Ben 10, The Powerpuff Girls, OK K.O.! Let’s Be Heroes, We Bare Bears and Adventure Time. Cartoon Network is available in 29 countries throughout Asia Pacific and is currently seen in more than 135 million pay-TV homes. The brand is known for putting its fans at the center of everything by applying creative thinking and innovation across multiple platforms. Online, Cartoon Network reaches millions more via its websites and apps including Cartoon Network Watch and Play. Cartoon Network, sister brand to Boomerang and POGO, is created and distributed by Turner, a WarnerMedia Company.

SMILE Group, whose name stands for “Specializing on Modern Interactive Learning Experiences,” is a group of passionate individuals advocating for STEM and STEAM Education by providing learning experiences that are hands-on and minds-on, contributing to the holistic development of children as young as 4 years old. SMILE Group aims to reach as many individuals in the Philippines as possible with programs like Engineering for Kids, Challenge Island, and the homegrown SMILE pograms, which are based on STEM and STEAM Education.