Araneta City’s entertainment mecca, the Smart Araneta Coliseum, brings in to the country the multi-awarded performances of the China National Acrobatic Troupe in a Christmas Show titled  “The All-new Grand China Acrobatic Circus.” 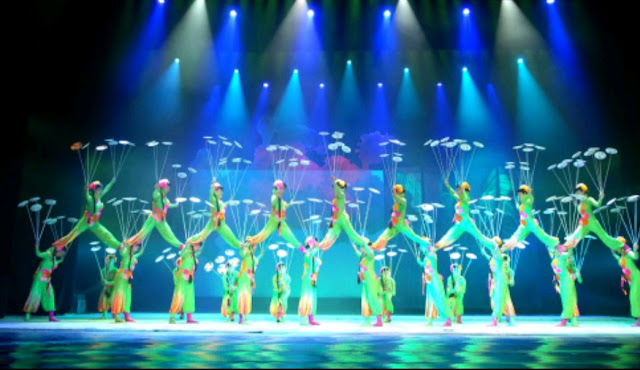 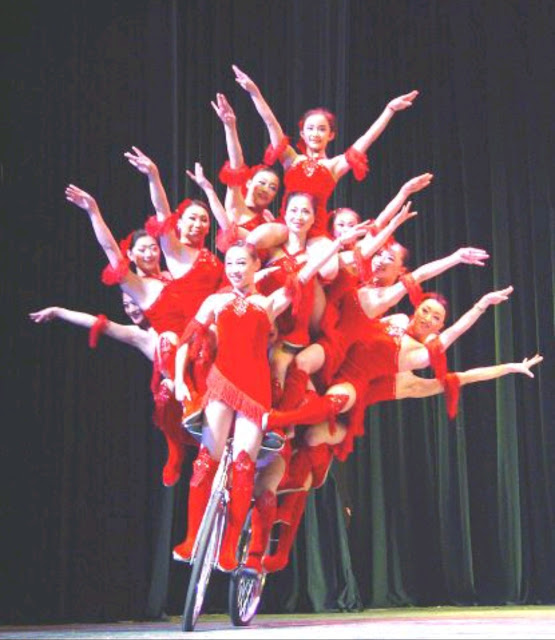 The Circus themed performance is set to give Filipinos personal firsts experience of heart-stopping shows, daring and thrilling performances guaranteed to be a hit among audiences young and old.

One never-to-missed act is the Rose Bud contortionist, a mythical fox in a trance of contortion and coquetry. Another jaw dropping act is the Peking Opera’s Huadan (heroines) in Diabolo, where performers in majestic suits intrinsically play the Chinese Yo-yo.
The All-new Grand China Acrobatic Circus will run from December 25, 2019 to January 4, 2020 at the Smart Araneta Coliseum.

Enjoy a 25% discount on every purchase of ten (10) tickets by using a Mastercard Debit, Credit, and Prepad card in any Ticketnet outlets. The promo can also be availed via www.ticketnet.com.ph and the Araneta City Mobile app by using the promocode MCARANETA25.

The Grand China Acrobatic Circus Mastercard Promo runs under DTI Fair Trade Permit No. FTEB-21402 Series of 2019.
Posted by Made It Through Mum at 1:54 PM No comments:

Press Release: PH volleyball teams grateful for support that took them to the 2019 SEA Games

Despite challenges in the beginning, crucial support for the men’s and women’s volleyball teams came through.

For the Philippine volleyball teams, their drought of medals at the SEA Games for over a decade is a huge challenge to overcome—especially after a long, storied history of victory and domination in the regional tournament back in the ‘80s and ‘90s.

While the mission was always to get Philippine volleyball back to its winning ways, the road to accomplishing that was not always easy. For various reasons, the sport was plagued by a lack of tangible support. If previous national teams were able to win, they had to do so in spite of all of these circumstances.

In 2019, however, things changed for both the Philippine indoor and beach volleyball teams. Larong Volleyball sa Pilipinas, Inc., the organization that helped form the Philippine volleyball teams, reached out to companies such as Rebisco for a partnership, allowing them to step up and provide everything the country’s volleyball delegates need in order to train and perform even better not only at this year’s SEA Games, but also in other tournaments around the world.

“Rebisco showed interest in helping the national team and initiated everything. With their help, as well as contributions from different organizations, we were able to train for the games earlier,” said men’s indoor volleyball team captain John Vic de Guzman. “We also received income and allowances every time we trained, as well as better training facilities and equipment such as the Arellano University gym which we were able to use thanks to Mr. Pete Cayco, and the Ronac Fitness Center, which we were able to use thanks to Ms. Peachy and Dindo Medina from Uratex.”

“Before, only 12 to 14 players could train, but with the support of different organizations and Rebisco, around 20 players can now join, allowing for bigger tune-ups and scrimmages,” said women’s indoor volleyball team captain Aby Maraño. “We also got more local exposure after featuring us on social media and commercials, as well as international exposure as they helped us participate in more tournaments and training camps outside the country.”

With the crucial support Rebisco is giving the Philippine volleyball teams, the country’s delegates stand a stronger and better chance to win big at the 2019 SEA Games and reclaim the glory of years past. There’s still time to support all teams as the SEA Games indoor and beach volleyball tournaments are currently running at the PhilSports Arena in Pasig and the Subic Tennis Center, respectively, until December 10.

Aside from backing the Philippine volleyball teams, Rebisco also continues to do its part in advancing the local volleyball scene in the country. The company hosts the Rebisco Volleyball League, a grassroots tournament that showcases the Philippines’ up-and-coming players, and the Rebisco Beach Volleyball International Open with 20 teams from around the world; the company also fields two teams in the professional Premiere Volleyball League in the Creamline Cool Smashers and the Choco Mucho Flying Titans.

Posted by Made It Through Mum at 6:19 PM No comments: 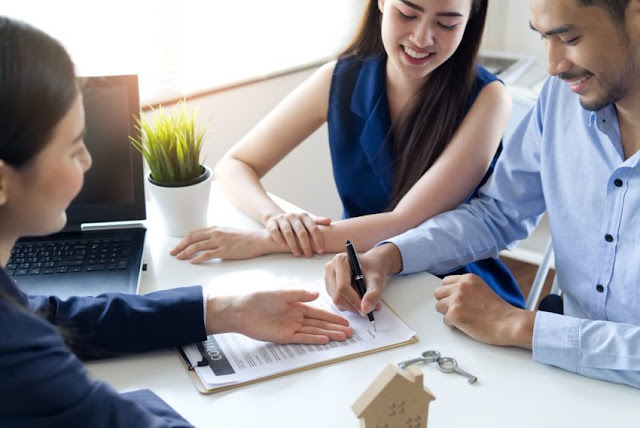 In hopes of landing great career opportunities and providing better lives for their families, aspiring Overseas Filipino Workers (OFWs) had to spend a hefty amount of money, do a lot of paperwork, and leave their loved ones back in the Philippines.

However, not everyone is as lucky as they thought. With more and more Filipinos willing to secure a job outside the country, many of them were deceived by unauthorized recruitment agencies – false documents, assigned with a different job from what was promised, and robbed of their hard-earned money. Just like this guy in this video: 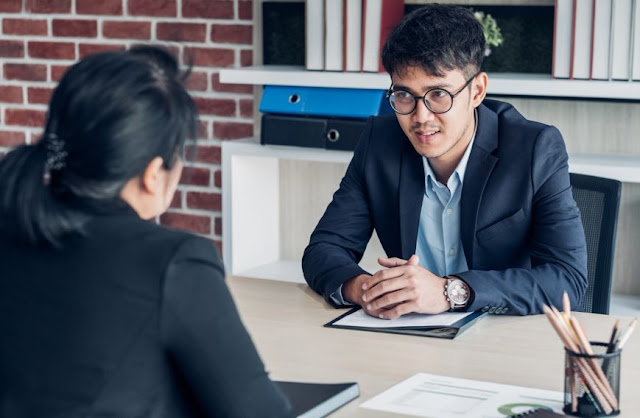 ✔ Apply only at POEA-licensed recruitment agencies

First thing that a jobseeker has to check is if the agency they are dealing with is authorized by Philippine Overseas Employment Authority (POEA) to operate. Transact only with authorized representatives and agencies that have official job orders. The license number should be conspicuously displayed upon the entrance of the agency or you may visit poea.gov.ph to verify if an agency is indeed licensed.

Alternatively, WorkAbroad.ph also generates the data from POEA under the “Validate POEA License” tool where you can verify if a particular agency is authorized.

✔ Transact only within the registered business address
It is advised to not engage in any recruitment activities done in malls, residential areas, and restaurants outside their registered business address. If recruitment is conducted in the province or during a job fair, aspiring OFWs should check if the agency has a Special Recruitment Authority (SRA) or Job Fair Authority issued by POEA or ask the Public Employment Service Office (PESO) of the concerned LGU.

✔  Be mindful of fees
Victims of illegal recruitments reportedly paid an exorbitant amount of money for placement and processing fees when they should not. WorkAbroad.ph reminds employees that a placement fee is only equivalent to one month’s salary, exclusive of documentation and processing costs. Employers should also shoulder all the payments for visa, airfare, and processing costs. Most importantly, do not pay without signing a valid employee contract and official receipt.
✔  Accept job offers using work visa
Many illegal recruitment agencies send Filipinos abroad only with a tourist visa. Keep away from possible legal conflicts in other countries by only accepting job offers that give you work visa. Beware of unclear and unspecific job orders as it can also be a sign of an unauthorized recruitment.

✔ Report an illegal recruiter immediately
Should an agency seem to be suspicious or fail to meet the standards mentioned above, immediately report them to POEA by calling 722-11-44 or emailing info@poea.gov.ph.

Although a promising job offer abroad is pretty tempting, it is also one’s accountability to be on the lookout and be wary of unauthorized recruiters. 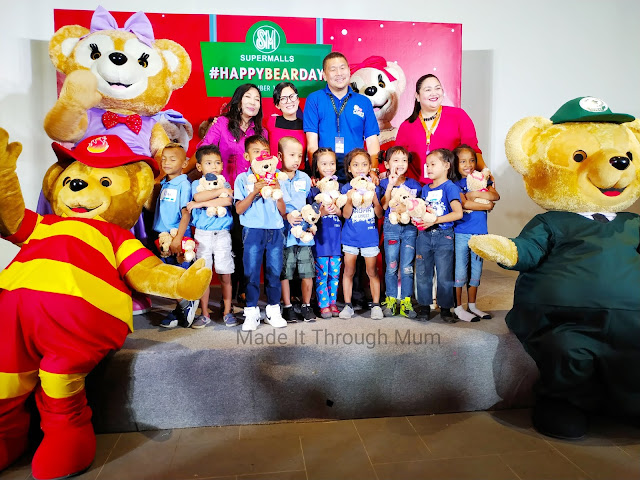 SM supermalls nationwide celebrated its first ever #happyBEARday last December 1, 2019 at The Galeon Museum in Mall of Asia. A special day dedicated not only to the cuddly and cute SM Bears of Joy- a staple side of Christmas at SM for the past 8 years, but also to pay tribute to families and kiddie supporters who take part in SM Cares, Toy Kingdom, and SM Supermalls' annual Christmas charity project that aims to bring smiles to more kids during the holiday season.

Four new bears aka JOY SQUAD were introduced to delight and inspire kids to reach for their dreams. Representing some of the top dream jobs of kids worldwide, the Joy Squad is composed of AJ (Ariana Joy) The Star, FJ (Franco Joy) The Savior, PJ (Paul Joy) The Hero, and CJ (Carina Joy) The Achiever. SM shoppers can now collect and bring home the four bear characters for a joyous Christmas treat for their loved ones and children charities.


SM Bears of Joy is an annual Christmas initiative by SM Supermalls, SM Cares, and Toy Kingdom and is available in SM malls until December 25.

For more information on the SM Bears of Joy campaign and SM’s other fun-filled holiday activities, visit www.smsupermalls.com.

Posted by Made It Through Mum at 5:30 PM No comments: