Last April 19, 2017 recorded the hottest day inside the Rizal Ballroom of Shangri-la hotel in Makati as the country's number 1 tuna, Century Tuna presented three (3) "My Recipe to Sexy" dishes from three of the fittest and sexiest actors today. Each one with his own distinct handsome looks, unique talents, and personalities.

We all know Century Tuna as the choice of health and fitness buffs, but it is also the favorite of many foodies out there as it's a great, delicious addition to any dish. Aaand my personal fave,too! I love the Hot and Spicy. Yum! 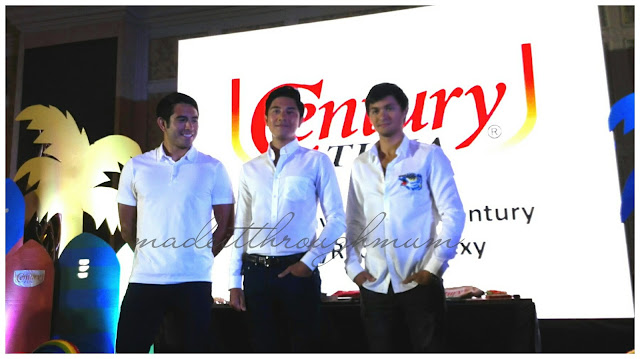 Century Tuna introduced three of the most popular male actors and their favorite, easy-to-prepare and oh-so delicious Century Tuna recipes.

"Like Gerald, Matteo and Paulo, Century Tuna is very versatile," shared Greg Banzon, Century Pacific Food,Inc. VP & General Manager. "You can use it in different dishes, allowing you to be  creative in creating your own recipe to sexy!"

First, there's Gerald Anderson. After becoming the Third Big placer in the first season of Pinoy Big Brother : Teen Edition in 2006, and after a string of television appearances, movie roles, and as part of a popular love team, Gerald proved his acting worth in the gritty, acclaimed film On The Job.

Next, there's Paulo Avelino. Considered in the industry as "The Prince of Teleseryes" , Paulo has starred in a number of outstanding indie movie releases, among them Sayaw ng Dalawang Kaliwang Paa which earned for him the Best Actor nod from the prestigious Gawad Urian.

And then of course there's Matteo Guidicelli. Following a decorated stint in the fast lane as a karting racer garnering numerous trophies, Matteo entered showbiz in earnest, attending drama and performing arts school in the United States to further hone his craft. On top of that, he also released his first self-titled album in 2016. 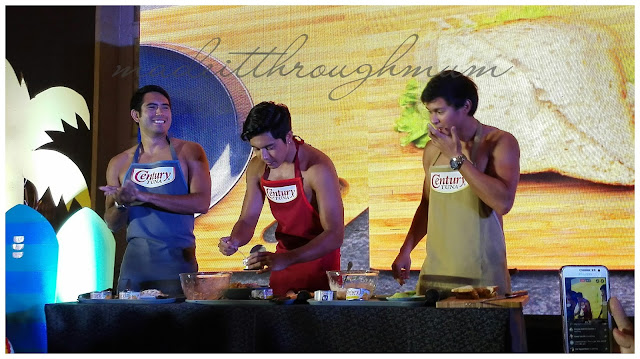 So what brings these 3 fit and sexy gentlemen together this scorching summer, you ask? They're the latest faces- and hot bods- in the Century Tuna's newest summer TVC, one that spells fun and fitness by way of its "My Recipe to Sexy" campaign. For those who've not seen the ad which is now airing on primetime TV, it features the trio as "hot cooks" as they present their favorite recipes to a sexy, healthy bod.

"Breakfast for me is very important. And I wanted a dish that's a healthier take on the typical Pinoy breakfast so I came up with this super delicious Tuna Silog," shares Gerald.

"I'm always on the go. I love having a lean sandwich because it's easy to prepare. Just like my Tuna Egg Salad Sandwich on wheat bread which is healthy yet very satisfying!" Matteo reveals.

"Tuna pansit canton is the ultimate, yummy comfort food-- something you can make in a jiffy!" Paulo declares. 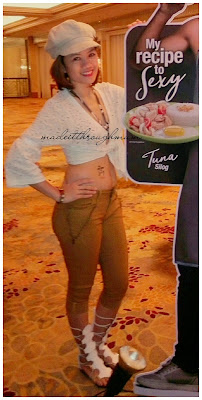 In other words, as summer equals frolic and fun under the sun, it doesn't mean you have to deprive yourself just to stay fit and sexy. 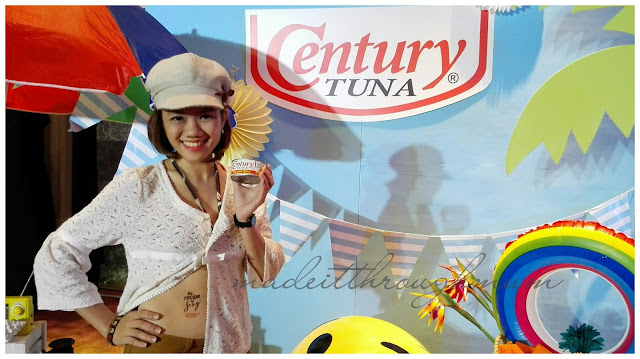 Thanks to Century Tuna, which is lean and adaptable, you can easily prepare and enjoy a myriad of irresistible meals.