"As Jesus has risen, let us also #ResurrectLove in our relationships, our society and our lives.’ 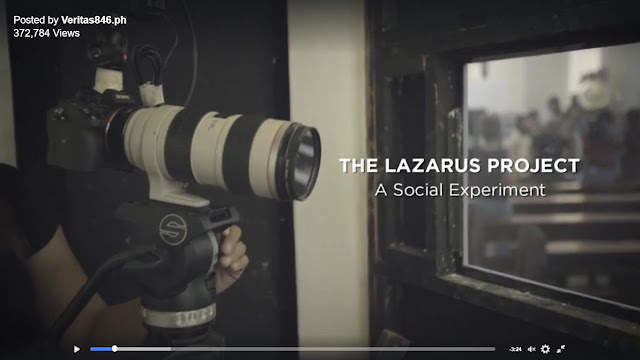 This is the Easter message that Radio Veritas 846, TV Maria, Catholic Media Network and Caritas Manila want to convey in their social experiment video titled, “The Lazarus Project”. 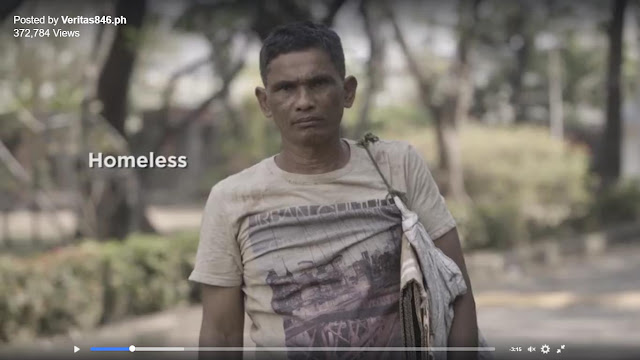 Launched on Easter Sunday, April 16, 2017, the Lazarus Project shows the reaction of people seeing typically subject to judgment: An escort, a gay couple, a homeless man, and a transgender attending a Holy Mass.

In the video, Radio Veritas President and Caritas Manila Executive Director Rev. Fr. Anton C.T. Pascual explained the true meaning of Jesus Christ’s resurrection in his Easter homily. “First of all, God rose from the dead for all of mankind: men, women, even gays. Christ’s resurrection was for all of us. Rich or poor, young or old, in all walks of life, whether you have had an education or not, Christ was resurrected for all of us, most especially for those who have sinned,” Fr. Pascual said. He then said that the Lord is calling everyone to resurrect the capacity to forgive and love especially to those who need it most.

“God who loves us unconditionally, the Lord who loves us eternally and has risen from the dead is now calling upon us to come to Him. We who are tired, who are troubled in this world, who are lost, who have done wrong and have sinned, let us all come to the Lord. Whatever sin we have committed, that is all in the past. The Lord has forgiven you. Offered his life for you and has risen again so you may live in comfort, joy, and freedom,” Fr. Pascual added.

This initiative aims to reach and remind all people of different walks of life, regardless of race, color, gender, or social status that they belong, and that God and the Church accepts and loves everyone without judgement.As what Pope Francis said, “The Church is a place of mercy and hope where everyone is welcomed, loved, and forgiven.”

His Eminence Manila Archbishop Luis Antonio Cardinal Tagle, D.D., in his homily during Palm Sunday Mass in April 9, 2017 at the Manila Cathedral, said that the acceptance of Jesus Christ means acceptance of His presence among the poor and the oppressed.

“Accepting the real Jesus is accepting His presence among the poor; those who get spat at and insulted in the society; those who kept silent even when they are being slapped. But they are the ones who have dignity because only God knows the truth. And that’s how Jesus is, and that’s how we should follow Him,” the Cardinal said.

Currently, the video has a total of 370, 000 views, 8,100 reactions, and over 7,600 shares from the Veritas Facebook page alone. The public may view the social experiment video at the Radio Veritas 846 Facebook page, Veritas846.ph, and share it using the official hashtag, #ResurrectLove.

Posted by Made It Through Mum at 8:30 AM