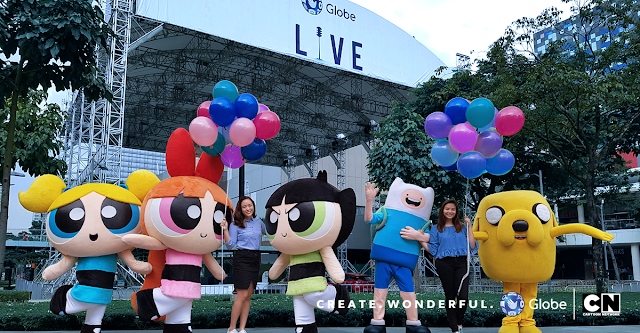 For an entire weekend at the end of October, families are invited to Watch, Play and Imagine at a one-off event hosted by Cartoon Network and Globe. On October 22 and 23, at the Globe ICONIC Store in BGC’s Bonifacio High Street Amphitheater, kids will have the opportunity to meet their on-screen cartoon heroes including Ben Tennyson, star of Ben 10, which returned to screens this month with brand new episodes.

The event marks the beginning of a super cool partnership between the country’s No. 1 kids’ brand and the Philippines’ No. 1 mobile brand.

“Turner’s brand of entertainment perfectly fits the portfolio of content we offer our customers. The Cartoon Network Watch & Play app gives us the opportunity to provide our customers exclusive access not just to their favorite Cartoon Network shows but to dynamic mobile games that the kids will truly enjoy,” says Globe Senior Advisor for Consumer Business Dan Horan.

Youngsters can have heaps of fun on The Powerpuff Girls giant slide, the We Bare Bears ball pit, Ben 10 giant jenga, and the Adventure Time experience booth. As if those are not enough, there will also be free cotton candy, popcorn and facepainting booths, as well as exclusive screenings of never-before-seen episodes of favorite Cartoon Network shows.

But, wait! There’s definitely more. Kids will also get a chance to meet, greet and take selfies with Blossom, Bubbles and Buttercup from The Powerpuff Girls, Finn and Jake from Adventure Time, and the all-new Ben 10! Event gates open at 11:00 a.m. and Globe customers enter for free. 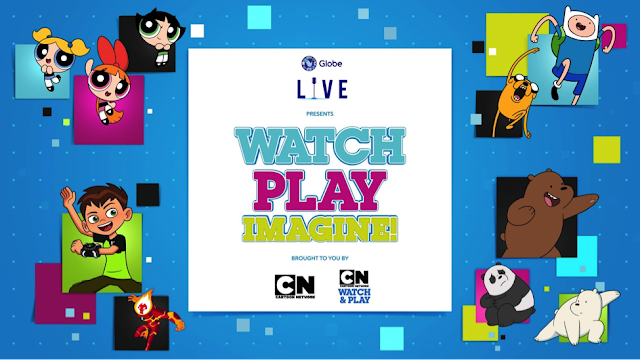 About Globe Telecom
Globe Telecom is a leading full service telecommunications company in the Philippines, serving the needs of consumers and businesses across an entire suite of products and services including mobile, fixed, broadband, data connections, internet and managed services. Its principals are Ayala Corporation and Singtel who are acknowledged industry leaders in the country and in the region. For more information, visit www.globe.com.ph. Follow Globe Telecom on Facebook at www.facebook.com/GlobePH as well as @EnjoyGlobe on Twitter and Instagram.

Posted by Made It Through Mum at 9:05 PM