The kids’ channel casts a well-deserved spotlight on inspirational individuals from the Philippines and around the world! 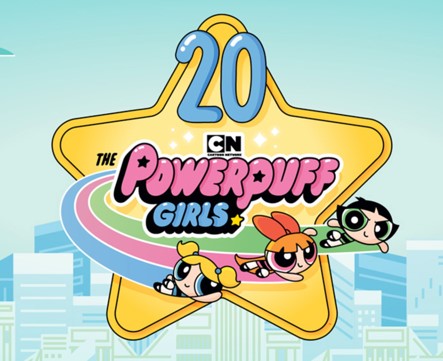 Today, on International Women’s Day, Cartoon Network officially celebrates the birthday of The Powerpuff Girls in Asia with Empowerpuff. The campaign is a movement that embraces empowerment and puts the spotlight on driven girls, young ladies and women who are the game changers in their communities, businesses and the world.

Can you believe that it has been 20 years since super-cute/super-fierce trio first used their awesome powers to save the world before bedtime? Time flies as fast as these wide-eyed superheroes, and now Cartoon Network is celebrating the ultimate girl-power ambassadors in ways that would make even Princess Morbucks happy.

Over the next few months, Cartoon Network will premiere a series of content on its social and digital platforms featuring Filipina celebrities and influencers. They all have made a name for themselves for their Social Responsibility and Bravery, Art and Creativity, and Health and Fitness.

Each of them will conduct a workshop where they will share inspiring stories to motivate young Pinays to be the heroes of their own communities. So, watch out for who will be the chosen Filipina trailblazers and tune in to Cartoon Network for other exciting activities lined up for the year.

The two-time Emmy Award winning series, The Powerpuff Girls, first burst on to Cartoon Network 20 years ago and has captured hearts since then. From the biggest names in fashion and apparel, this iconic trio continues to showcase its reach through collaborations with the likes of Peter Alexander, Supre, Katie Eary, Lingua Franca, LEGO, and Havaianas. Most recently, deals were struck with Champion and cutting-edge womenswear designer Christian Cowan.

Posted by Made It Through Mum at 5:17 PM