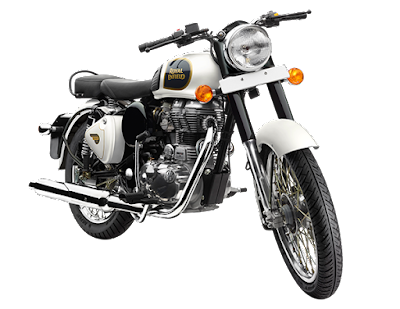 Royal Enfield, the oldest motorcycle brand in continuous production is set to open its first exclusive store in the capital city of Philippines – Manila. Royal Enfield’s distributors - Hardcore Brothers Customs Motorcycles Inc. have been responsible for supplying, marketing, reselling, distribution and servicing of Royal Enfield products in the Philippines.

With a view to become the leader in global mid-sized motorcycle segment, Royal Enfield has been expanding its global retail footprint across Europe, Latin America, Middle-East, its bastion market, India and South East Asia. The company is striving to provide an immersive retail experience for its customers that forms an integral part of the company’s core retail strategy, across the world.

The new store in Manila will be as per Royal Enfield’s new global brand retail identity. The store will be retailing Royal Enfield’s oldest motorcycle in continuous production Bullet in 350cc displacement, the standard street model Classic in 350cc variant, the Rumbler 500cc motorcycle which is purpose built for highways and the Continental GT 535cc café racer. Along with the motorcycles, Royal Enfield would also retail its range of purpose-built gear and apparel and accessories.

Philippines is an important market for Royal Enfield, given the country’s high dependence on two-wheelers for commuting and as well as leisure riding. The growing middle class in the country is now looking to upgrade to the middle weight segment that lends itself very well to Royal Enfield’s all-purpose, evocative, classic-styled motorcycles. Royal Enfield’s range of modern classic bikes introduces a new category of mid-sized motorcycles (250cc-750cc) that will make leisure motorcycling more accessible and fun.

Royal Enfield has its manufacturing base in Chennai, India and is wholly owned by Eicher Motors Limited, a leading player in the Indian automobile space.

Royal Enfield’s product line‐up includes the Bullet, Classic and Rumbler models in 500cc displacements; and the recently introduced Continental GT 535cc café racer. Royal Enfield operates through 18 company-operated stores and 500 dealers in all major cities and towns in India, and exports to over 50 countries across the world including the USA, Japan, UK, several European and Latin American countries, as well as the Middle East and South Asia.

Royal Enfield also organizes and supports many motorcycling events and rides , more prominently the Rider Mania – an annual gathering of Royal Enfield riders from all over India to the lovely beaches of Goa, and the Himalayan Odyssey, the most arduous motorcycle ride over some of the toughest roads and highest mountain passes in the Himalayas. Royal Enfield also conducts the popular ‘One Ride’ where people around the world ride out on their motorcycles on the first Sunday of April.

To know more about Royal Enfield, the motorcycles, marquee rides and other initiatives, visit: http://www.royalenfield.php/

Be a part of one of the largest communities of motorcycling enthusiasts; like Royal Enfield on Facebook

Posted by Made It Through Mum at 1:26 PM