I grew up in a family where every occassion and gathering, at least a cake is always present- may it be simple or grand. Because we also believe in Julia Child's quote... "A party without CAKE is just a meeting." Cakes are special. Every birthday, every celebration ends with something sweet, a cake. Most of us have fond memories of food from our childhood. I will never forget how, as a little girl, would always wait for my birthday, my siblings and would always want to attend bithday parties because of the cake and its edible flower decorations from Goldilocks. 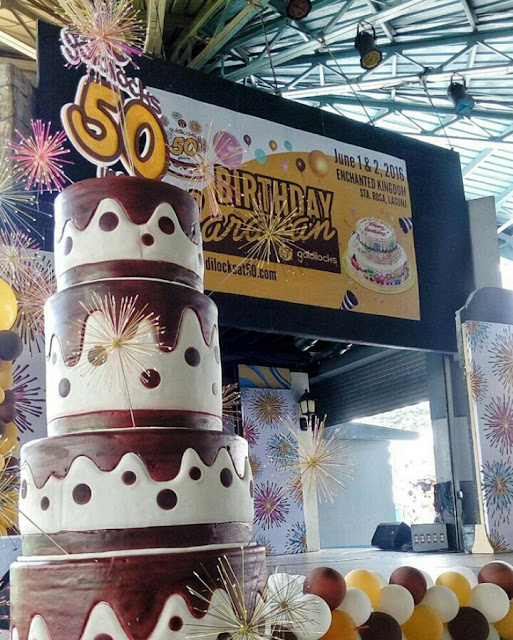 This year, Goldilocks celebrates 50 Golden Years of being the country’s number one bakeshop, having opened its doors to the public last May 15, 1966. Since then, Goldilocks has become a Filipino icon and a cherished family tradition for generations of customers. 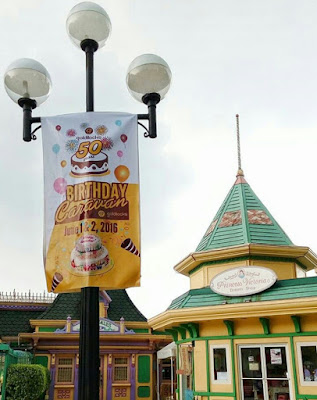 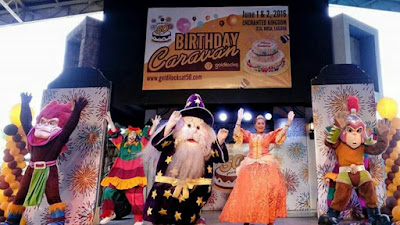 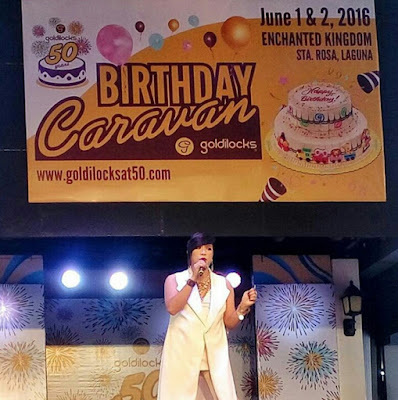 Goldilocks held a two-day visit to Enchanted Kingdom. Employees, friends, loyal customers, and members of traditional and online media were treated to a carefree and fun-filled experience at the amusement park, in keeping with the celebratory atmosphere of the 50th year anniversary. We were grateful to be part of this celebration on its second day, as it was also my Unica's 5th birthday.

The Goldilocks Birthday Caravan is one of many initiatives that the Philippines’ best-loved bakeshop has undertaken this year, in order to commemorate five decades filled with sweet moments and countless Filipino celebrations. Even after half a century of leadership, however, Goldilocks is still moving forward, finding new and innovative ways to serve its next generation of customers.

* Goldilocks 1st branch opens in Pasong Tamo, Makati in May 1966.
* Goldilocks plants the Philippine flag overseas by opening an outlet in Los Angeles, Califonia in 1976.
* In 1991, Goldilocks family gets bigger through its franchising program
* In 1999, Goldilocks open its 100th store
* In 2014, During the reception of the "Dong-Yan showbiz wedding of the year", Goldilocks unveils a 3D-mapped, 12-foot, 5-tiered cake adorned with crystals and butterly details. This immediately became a global sensation and was featured prominently on both local and International media.

Posted by Made It Through Mum at 8:42 AM