Founded in 1982 in Lipa City, Batangas, Dutch seedsman Simon Groot and Filipino seed trader Benito Domingo had the vision to improve the income of smallholder farmers in the tropics through their high-quality seeds. But just like a seed that began seeking fertile ground to thrive in, EWS struggled at first to gain the confidence of the Filipino farmers. Irene Sion, Seed Production Operations Manager, first began her career in EWS as a seed production technician in 1984. She said that the company’s office in the Philippines spent years not only researching, developing, and producing hybrid seeds but also had to gradually convince Filipino farmers to switch to using hybrid seeds.

EWS has since grown to become one of the 10 largest vegetable seed companies in the world.

Hybrid vegetable seeds are made by mixing the traits of two or more “parents” to produce a new generation of seeds that contain advantageous traits: the seeds produce crops that are more resistant to diseases, better suited to thrive in tough weather conditions, and also yielding bigger harvests that also have better quality in terms of taste, color, nutrition, etc.

While the science behind this has been around since the mid-1800s, many farmers were hesitant at first about using hybrid vegetable seeds; to them, it seemed risky and unproven. Furthermore, hybrid seeds cost a little bit more than traditional seeds. Irene said the company made the effort over many years to explain to farmers that even with the slightly higher cost, the assured returns of the bigger harvest provided by innovations like hybrid seeds make it more than worth it.

As one of the pioneering employees, Irene saw how EWS evolved and grew by embracing technology and innovation to become an important partner to Filipino farmers.

“It’s very gratifying to hear from the farmers themselves how East-West Seed has become instrumental in uplifting the lives of their families. They were able to earn more from the bigger harvests of the hybrid seeds. They were able to send their children to college. They earned enough to buy farming supplies, farming equipment, and even brand new vehicles for the families to use. When I hear these stories, I feel the strong bond between East-West Seed and the farmers, like our partnership, improved the lives of these very important people in our countryside,” said Irene.

Using superior vegetable breeding combined with a carefully cultivated nurtured relationship with local farmers wherever it operates, East-West Seed has grown exponentially over the many years and holds a market leader position in not just the Philippines but also Thailand, Indonesia, Myanmar, and Sri Lanka, while also expanding its business activities in India, China, South America, and Africa.

Amid the pandemic, East-West Seed also hit a milestone on the financial side of things: the company recently switched to digital platforms for handling most of its financial transactions and processes.

According to Julius Sulit, Country Finance Head for East-West Seed Philippines (EWPH), the pandemic posed constraints on the way the company accesses its funds, collects payments, and issues checks. Before the pandemic, a lot of these processes were done manually by him and his team. But when the pandemic hit, many bank branches were closed; it was no longer possible to physically transact with banks. 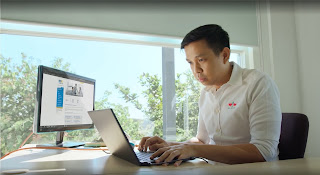 “Then our treasurer and cashier had to work from home, so writing out checks and having these signed and sent out became a pain point—not only because of concerns about overexposure to the virus but also because transportation was limited. Physically transporting checks, and having our farmers send their checks to us via courier, these all became difficult to do,” he explained.

Like many other businesses, EWPH had to adapt to the new normal of virtual operations. This meant quickly switching to digital processes and improving the information technology infrastructure of financial operations. Julius and his team hit a snag in this area; with the uncertainty that came with the pandemic, they could not get an additional IT budget. “We could not invest a lot when it comes to expertise and equipment that would allow us to migrate our many manual financial and administrative tasks to a digital and virtual system,” said Julius.

Faced with this problem, Julius opened it up with their partner bank, BDO. “After a discussion with BDO, we decided to avail ourselves of some digital and non-digital cash management services provided by the bank,” he said.

Switching to automated check writing also meant that the record-keeping and access to financial information became digital as well. Julius said that this is more convenient since he could now quickly access the information he needs on his laptop with just a few clicks. Once the nominated authorizer of the company approves the transactions, the checks are printed by BDO and then picked up by the payees at a BDO branch, making for a convenient and stress-free customer experience. Additionally, not only check-writing but even processing of customer payments is made so much easier.

“Thanks to BDO’s cash management services, our customers also now have more options to send payments. They now have a choice to either physically send us their checks or to pay us through other channels including digital online payments using BDO’s platform. This is very useful during the pandemic and even moving forward as we adjust to the new normal. Overall, BDO cash management helped us become more efficient in terms of time and monetary cost for our financial operations. We save so much time, money, and effort now that many of these financial administrative tasks were integrated into a cash management system,” said Julius.

For more information about BDO’s cash management services, go to BDO’s official website or Facebook page. You may also call or visit the BDO branch nearest you.

Posted by Made It Through Mum at 5:36 PM