Sharp Philippines Corp. (SPC) has been part of the Filipino households for more than 36 years, highlighting its legacy of bringing convenience and comfortability.  Before 2018 ends, SPC wants to honor every Filipino family, who has been part of their successes through these years.

Sharp’s Loves Your Family Video-making contest, the second phase of the SPC’s “We Love Philippines” campaign, recently announced their lucky winners from hundreds of entries nationwide. Each entry showcased impressive creativity and heartfelt message, which greatly represent their love for their families and loved ones.  The said contest began last November 15 and ended last December 15, 2018.

There are total of 10 winners of Sharp 45-inch 4K LED televisions, three (3) winners of french door refrigerators and a lot of winners of rice cooker. 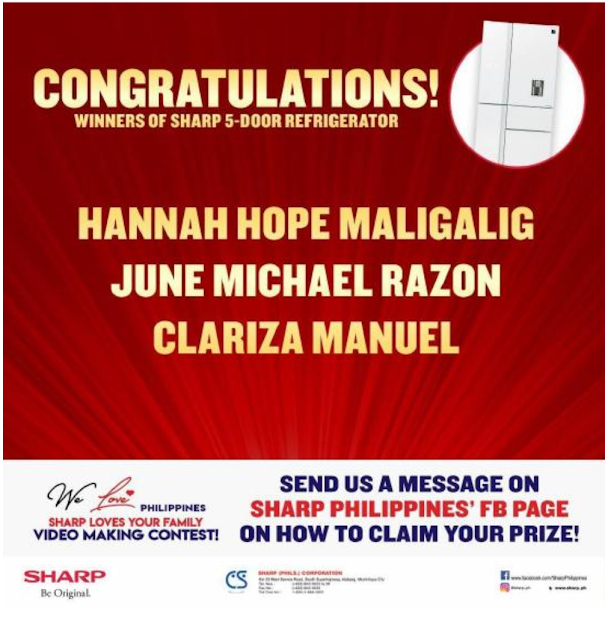 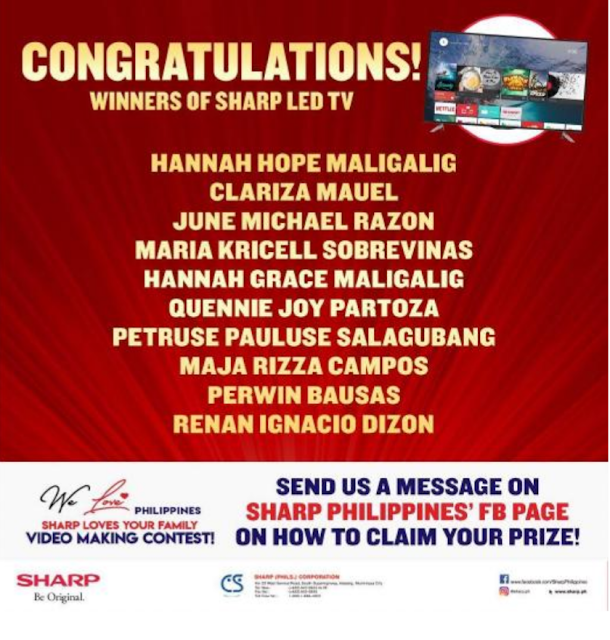 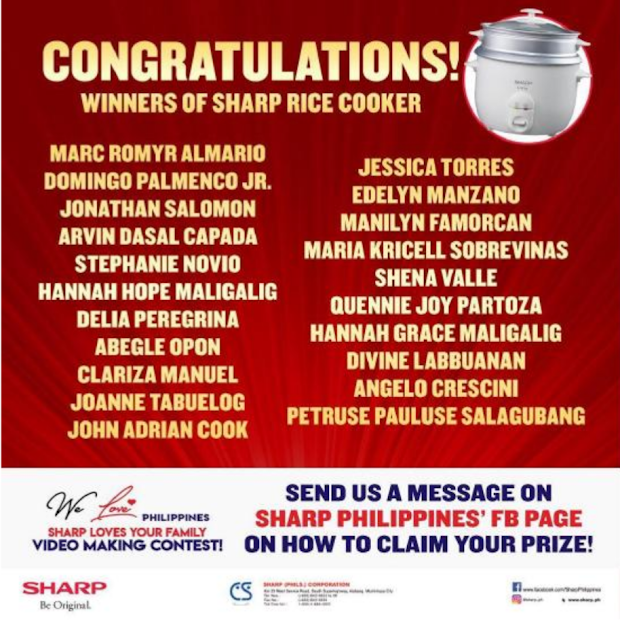 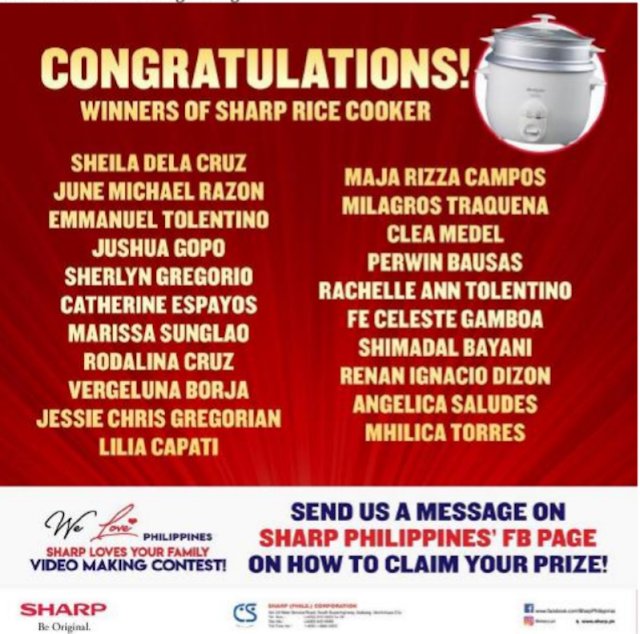 Headed by PR and Marketing Head Amor Golifardo, the winners were judged based on their creativity and smooth story telling.