Yesterday, two of the country’s top stars, Julie Anne San Jose and Barbie Forteza, graced the launch of the newest color of the Vivo V9 smartphone, the Velvet Red, in SM North EDSA. 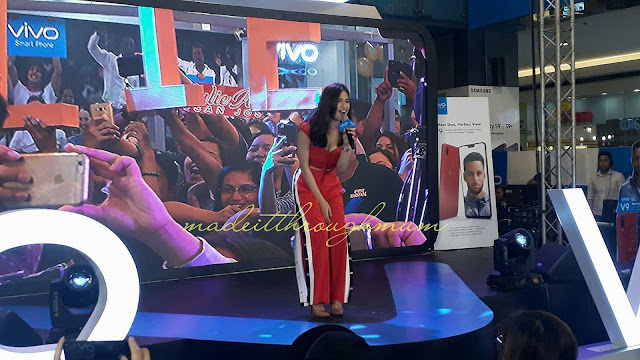 Asia’s Pop Sweetheart Julie Anne encouraged her fans to get the Vivo V9 in Velvet Red, which she described as a striking color fit for the passionate and the bold.

“I believe most of my followers are full of energy… So, the Vivo V9 Velvet really fits them. [And] it’s a very reliable smartphone brand. It’s a good innovator,” she said. 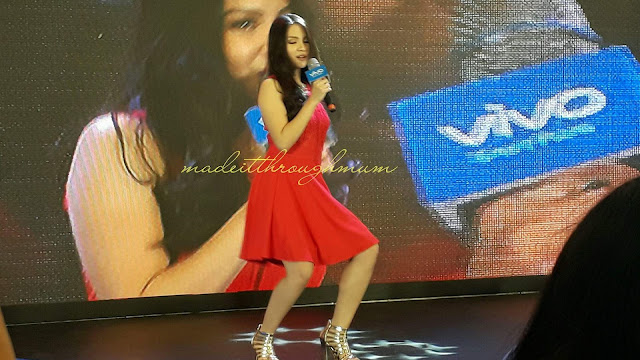 Award-winning actress Barbie, meanwhile, said that the Vivo V9 Velvet Red is perfect for her because it is her favorite color. But she also highlighted the selfie capabilities of the Vivo V9, which has a 24-megapixel AI selfie camera.

“This phone is smarter than me! It has this artificial intelligence feature that can re-edit photos naturally,” she said.

They gave away prizes, took selfies with their fans, and performed at the launch.

Julie Anne sang her version of Parokya Ni Edgar’s “Your Song (My One And Only You),” while Barbie gamely covered Dua Lipa’s “New Rules.”

Vivo V9 was initially available in two colors, Pearl Black and Gold, when it was launched in the Philippines on March 22.

In her speech at the SM North EDSA, Vivo Philippines Vice President for Sales Hazel Bascon explained that the Velvet Red also represents the youthful vibe of the global smartphone brand.

“Red is for the bold, for the adventurous, for the youthful, for the fashion-forward, for the energetic. Our ardent users are mostly young, hip, and spirited and the Vivo V9 in Velvet Red is a fitting nod to them,” she said at the launch.

The Vivo V9 in Velvet Red also got the same specs with the first two colors. It has a 24MP AI selfie camera, a 16MP+5MP dual rear camera, and a 6.3-inch FullView™ Display.

The Vivo V9 Velvet Red is retailed at Php17,990 at authorized shops nationwide.

A global smartphone brand focused on introducing perfect sound quality and ultimate photography with cutting-edge technology, Vivo develops innovative and stylish products for young people. We now have over two hundred million users and are one of the preferred brands of young people around the world. As an Official Sponsor of the FIFA World Cup™, Vivo believes in the importance of encouraging young people to embrace self-expression and an energetic lifestyle. In the Philippines, Vivo is the top 3 smartphone brand in terms of market share with 1.5 million users nationwide.