Hotel Sogo Reinvents Brand for Barkada, Family Event and All Types of Celebrations, Beefs up Doctors on Wheels Program and Launches Digital Film 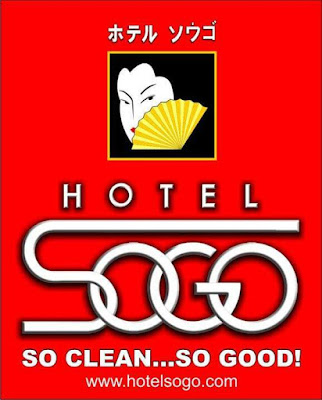 Hotel Sogo, the largest hotel chain in the Philippines, beefs up its Go! Go! Sogo promo encouraging barkadas and couples to patronize the Hotel for bonding, relaxation, group study and for all types of celebrations with the family! 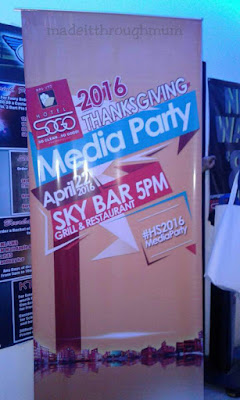 Last April 23, I was favored to attend Hotel Sogo's Thanksgiving Media Party. It was held at the Skybar Bar Grill and Restaurant. Traditional and Social Media were there.

“In our series of recent TV and radio commercials, we let our customers know that Hotel Sogo is for EVERYBODY, for all OCCASIONS and for all walks of life,” said Sue Geminiano, Hotel Sogo, Marketing Manager.

The promo also highlights the hotel’s accessibility, high-quality and affordable service. Hotel Sogo is also known for having courteous, well trained and hospitable employees for its continuous trainings and seminars at their House Hospitality Training School called Hotel Management Institute of the Philippines.

Coinciding with its promo, Hotel Sogo extends help through Doctors on Wheels (DOW) Program, by providing free medical consultations and medications to under-served communities throughout the country.

The DOW is a mobile medical bus equipped and furnished with four examining beds, 10 examining chairs, medical/examination lights and other equipment used for medical missions across the country. The DOW is staffed by volunteer doctors, social workers, nurses, pharmacists and Hotel Sogo personnel.

“Hotel Sogo has always believed in being of service to the Filipino, not only to the patrons of our hotels, but especially to the underprivileged community. Since Hotel Sogo started its operation, Hotel Sogo has strived and has been committed to delivering important service to the Filipinos,” added Ms. Geminiano. Since the inception of DOW in 2015, about 3000 indigent residents have already benefitted from the program.

Moreover, this May, Hotel Sogo is launching its first ever Digital Film Contest for amateur and professional film makers throughout the country. The contest aims to help individuals convey their creativity and imaginations through Digital Films.

Posted by Made It Through Mum at 3:35 PM