Since its discovery, AIDS has caused an estimated 36 million deaths worldwide (as of 2012). In 2014 it resulted in about 1.2 million deaths and about 36.9 million people were living with HIV. HIV/AIDS is considered a pandemic—a disease outbreak which is present over a large area and is actively spreading.

Last December 5, 2015 at the MOA concert Grounds, the Redvolution Manila 2015 happened in celebration of World AIDS Awareness Day. The intentions of this event are for the youth's
(since most of the attendees were teens I presume) awareness to practice safe sex, no to multiple sex partners and
to educate all on the severity of this disease AND an attempt to break the Guinness World Record for the "LARGEST HUMAN AWARENESS RIBBON".

The night was filled with RED since all participants were given red shirt with the Redvolution logo on it. 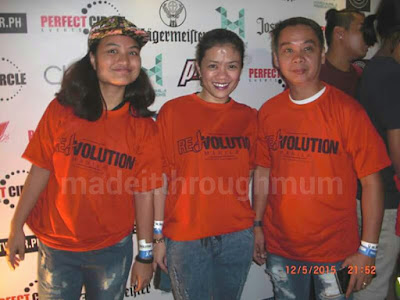 The festival gathered the best DJs, bands and celebrities in town. 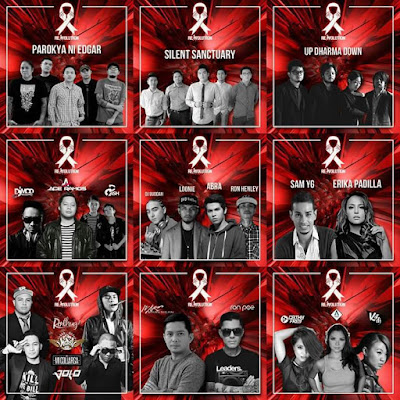 Grateful to be invited in this fair through The Big Difference Communications but arrived super late because we just came in from a Gift Giving event in Tagaytay.


We need to make sure that we stop the epidemic... We need to concentrate a lot on prevention - Dr. Glenda Gray


♥♥♥
Thank you for visiting my blog! I would love to hear your thoughts . Your comments are always welcome and appreciated!
Posted by Made It Through Mum at 11:54 PM