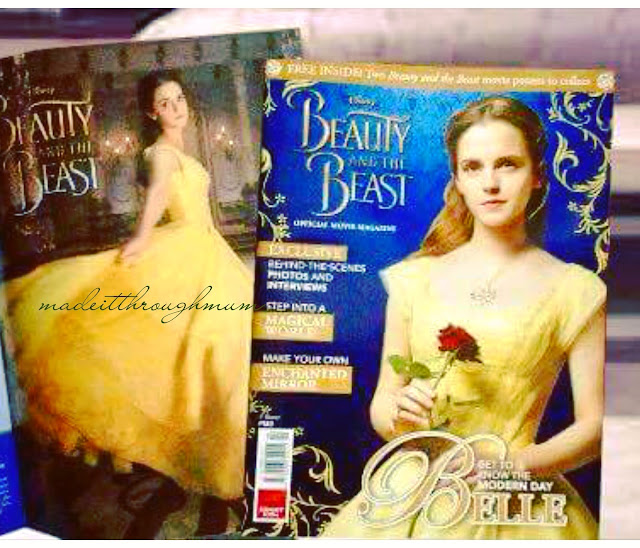 The long wait is over! Prepare to once again be fascinated by this tale as old as time with a magazine that reveals how the magic of the 1991 Disney animation was brought to life 26 years later.

Out now from Summit Media, the Philippine publisher of Disney publications such as Disney Princess, Sofia the First, and Frozen, is Disney's Beauty and the Beast Official Magazine. It is the viewer's guide to getting to know Belle, the Beast, and the movie's many enchanting personalities; discovering how the lovable animated film was transformed into a live-action spectacle; and learning the important values this timeless tale continues to carry throughout the decades.

The Beauty and the Beast magazine opens with director Bill Condon and stars Emma Watson (Belle), Dan Stevens (the Beast), Luke Evans (Gaston), and Josh Gad (Le Fou) revealing the impact that the original Disney animation has had on them as viewers, fans, and actors.

Inside, readers are further acquainted with the classic characters and the talented thespians who breathe life into them -- from Belle and the Beast, to the castle's staffers-turned-objects, to the dynamic duo of Gaston and Le Fou.

Treats just for kids round out this Disney offering:

Grab a copy of Disney's Beauty and the Beast Official Movie Magazine for only P150! It is out now in bookstores, newsstands, convenience stores, and supermarkets nationwide.
Posted by Made It Through Mum at 12:02 AM