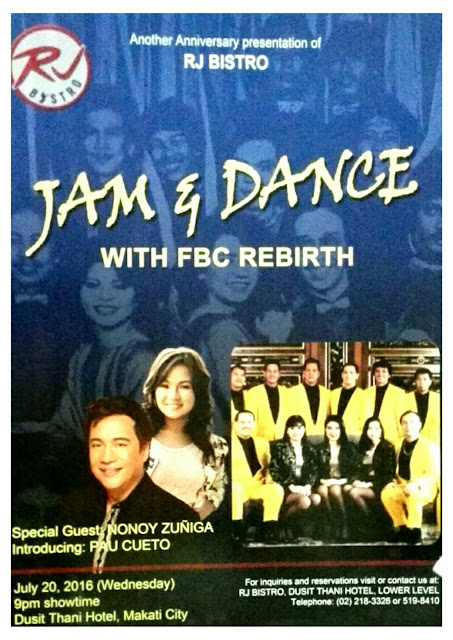 RJ Bistro is celebrating 3 decades of  groovy music. And part of  its anniversary month, they'll be  having Jam & Dance with FBC Rebirth Band on July 20 (Wednesday) at 8:30pm!
The Pop Icon Nonoy Zuñiga will be there as special guest, and, introducing the budding singer Pauline "Pau" Cueto. 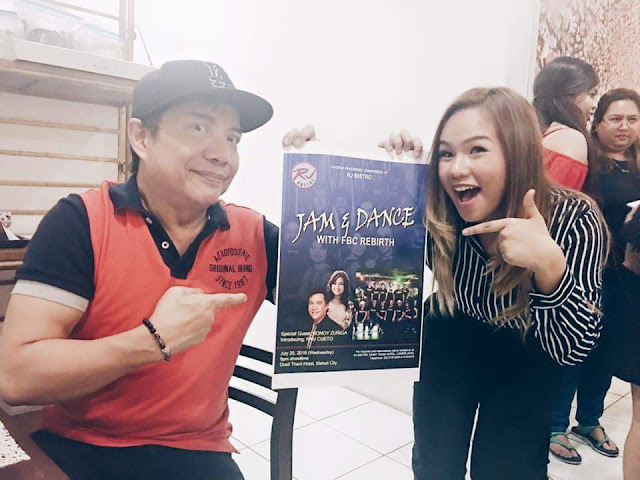 Nonoy is an accomplished singer, part of his advocacy is to support new and upcoming singers. Zuñiga's singing career spans more than 3 decades, as a folk singer from 1971 to 1975 and then as one of the lead singers of the Family Birth Control Band which performed in the best nightspots and hotels like Philippine Plaza, Holiday Inn and The Manila Hotel from 1975- 1980. All his performances in the US from 1983 to the present are well-acclaimed. He has also performed in Asia including the major cities of Australia, Japan, South Korea, China and New Zealand. 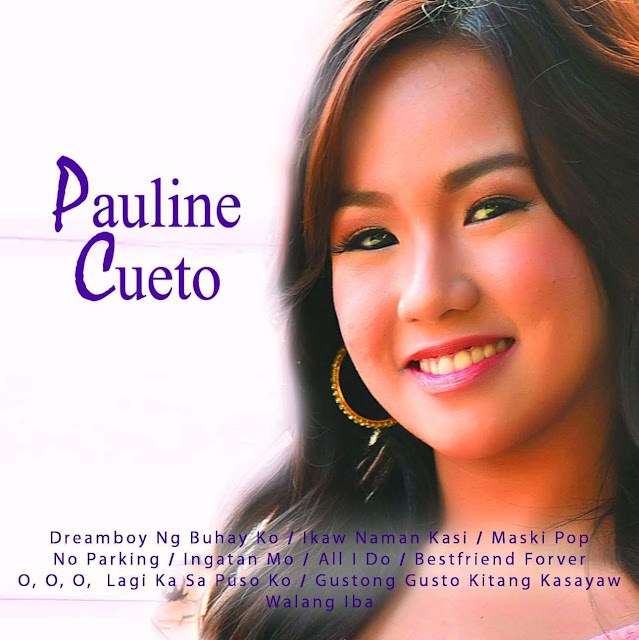 Pauline "Pau" Cueto will do the front act on July 20. Her self-titled album is already out in the market. She was a weekly contender at TV5's Born to be A Star. Check out the official music video of her carrier single "Dreamboy Ng Buhay Ko" .


For your information, Nonoy was with the Family Birth Control Band when he lost his right limb which happened during the Martial Law days. He still jams with his old band whenever his schedule permits. Family Birth Control is now known as FBC Rebirth and still provides the disco music and popular songs of yore which made them big 40 years ago. 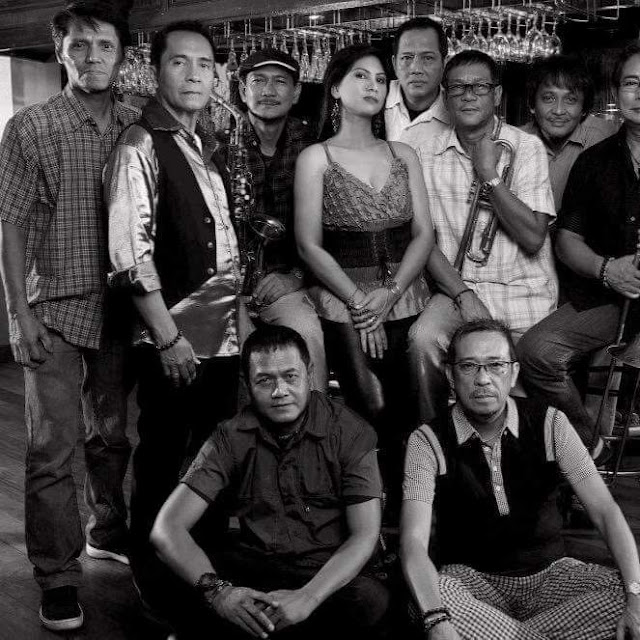