Who would have thought that getting fit while having fun could help children go to school? Sun Life made that possible with its recently  concluded
#SunPIOLOgyDuo #SunLifeResolutionRun.

Our year's resolutions are: to watch for our health (be fit and healthy), help others (as much as possible), always have fun and live life to the fullest and that all happened last January 20 at Camp Aguinaldo in Quezon City, together with over 3,000 runners. 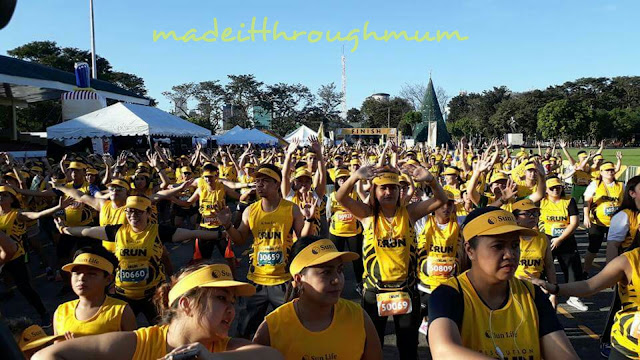 Now on its 9th year , the run was once again co-presented by Star Magic and led by actor and Sun Life brand ambassador Piolo Pascual. His fellow artists also supported the event.


T'was a star celebrities gazing event for me! 😍

Sun Life has been championing diabetes awareness since 2015. There were 3 obstacles designed to raise awareness about diabetes.
1. A limbo rock (which I got to try since I only ran 3KM) challenge reminded everyone to keep their health in check

2. A 100-step challenge gave reminders on how to infuse exercise in one’s daily routine

3. Sugar tunnel prompted everyone to watch their sugar intake.

We love supporting runs for a good cause. Sunlife's beneficiaries are Noordhoff Craniofacial Foundation, Hebreo Foundation, and the Star Magic scholars.

The after run party made the crowd entertained and extra-special with Kisses Delavin, Maymay Entrata and Edward Barber's  performances.

Thank you so much #ABCDigital and Sir Arnel Bautista for having us. 😘