Karma is Digital : Good Samaritans at Disney On Ice

Woohoo! This is my first post for 2016. The reason why the blogpost is entitled - Karma is digital...

We are now in a digital era. Digital marketing, digital technology, everything around us is digital -even KARMA. Last year (2015),  whenever I see an online contest for Disney On Ice, I would join because I want my kids to witness it this time.  I joined a telco's online contest, I won but since I replied to their email late at night because I attended an event the whole day, they disqualified my entry. I was broken hearted back then. I just whispered "God has a better plan". I even signed-up to cover the event in one of the blogger groups I'm in, but to no avail. Also failed to join Araneta's contest in Instagram wherein you need to upload a 15 sec video of your child singing Let it go. Since my son was not being cooperative, I let it go... hehe. We are always tuned in to Disney Channel, therefore, my daughter would ask me when are we going to watch "Frozen" (referring to DOI since she's a big fan of Elsa and Anna), I would tell her "on Christmas, Jesus' birthday". Almost everyday everytime the ad will flash on the screen. So, as a mom who would want to give everything to her child/children to make them happy, I asked Mr. MITD if we could let the kids watch, and he gave in. Yay!!!

A day after Christmas, our family decided to drop by Smart Araneta Coliseum to buy General Admission tickets for the next day's show (Dec 27) since our itinerary that day is to bring the kids in a playhouse nearby.  General admission tickets cost P175 per pax, it's really far from the stage where the artists will perform. But that's okay, Mr. MITD and I just wanted to try if it's feasible with our son with ASD (Autism Spectrum Disorder) . When he throws meltdown/tantrum, the ticket price wont put a hole in Mr. MITD's pocket. We will just leave the area and go home. At least our unica will hear her favorite disney songs and get a glimpse of the characters.

While we were waiting in line to get to the cashier, two(2) strangers came by and asked me if we are going to watch the show. At first I was hesistant to answer, I thought they were scalpers, so I said we will buy discounted ticket since my son has PWD ID, while saying this I held my daughter tight and close to me. Because they might kidnap my daughter (seriously? In a crowded area? Haha. Silly me. YES. I'm serious because we wouldn't know who the good and bad guys are nowadays). I was once kidnapped. I know how it feels, the trauma and all. But that's a different story. 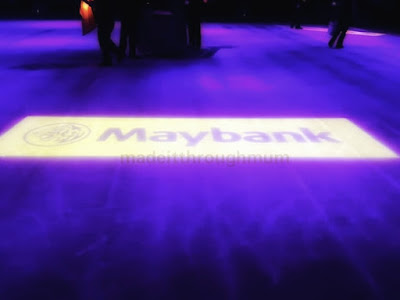 They asked again if we are going to watch the show and introduced themselves that they are from Maybank  and so on. I asked "how much are we gonna pay?" they said "IT'S FOR FREE!!!" Really?! Then, they handed me 4 tickets. I didn't even look at the seat/location written on it. Their last words were "Enjoy the show! " then I answered "Thank you and God bless." 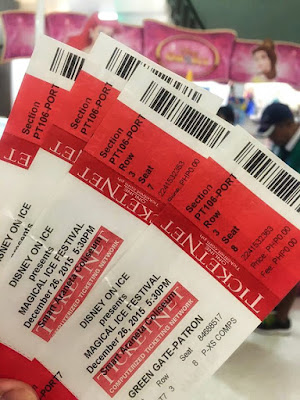 As we entered The Big Dome, we were directed to door #7! We were running towards the door 'coz the show is about to start. An usher assisted us to our seats. Oh em gee... goosebumps, teary-eyed. We were seated on the 3rd row at the side of the stage! And each ticket costs P2,200!!! I can't talk that very moment coz if I did, tears will fall down right there and then. I just hugged and kissed my kids. And said a prayer "Lord, thank you! that was too fast! And even more better than what we have planned. From the farthest location/seats to almost front seats. You are totally awesome.Thank you so much. I love you!".

Why I said too fast?

On Christmas Day till the 26th, I have with me a medium-sized eco bag with goodies (candies, cookies, mallows, cupcakes) inside. Whenever we see kids on the street, my daughter will give them random treats. She was very happy, hopping while we were walking away. She's cheerful when she gives, without even asking what she's gonna get in return. What made her even happier was when the kids said " Thank you, bhe(baby) " . I can see the happiness in her eyes. I want that to inculcate in her. To be a giver not a taker. And that there is really joy and fulfillment when we make someone happy and just a simple thank you will go a long way. We are so blessed even in small things that's why we are sharing it to others.

The reason why I don't have my tab and camera with me to capture the moment, the show and my kids' expressions, was because of the goodies in the bag. Good thing Mr. MITD brought his smartphone. We were able to take some photos.

The kids were in awe the moment the show started even my son with ASD was very happy, waving his hands to the artists especially to Mickey, Minnie, Donald and Goofy. Even singing some of the songs. My daughter can't say a word. She was starstruck and still couldn't believe we are watching DOI in eye level. 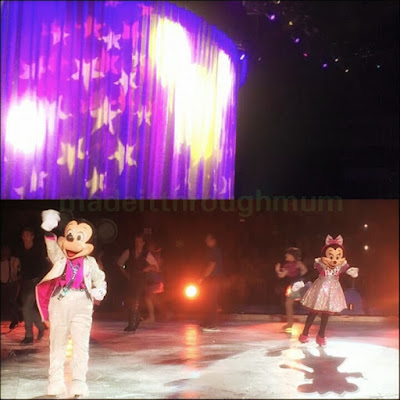 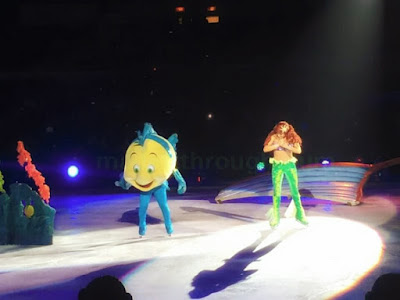 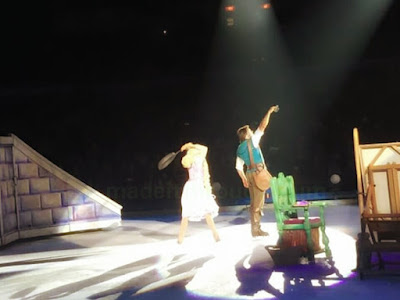 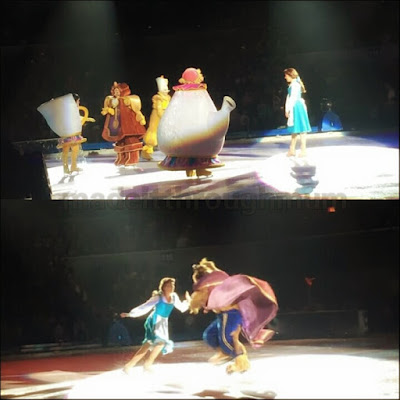 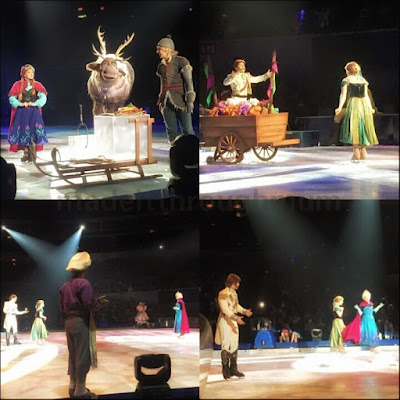 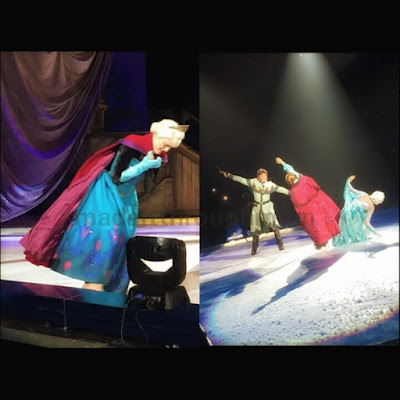 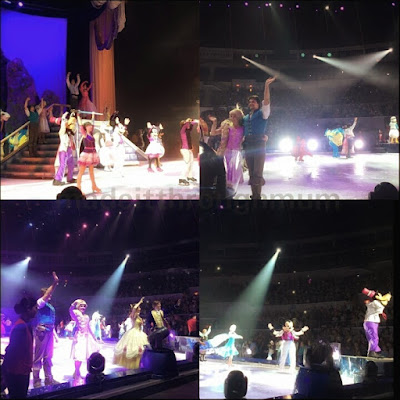 Again, thank you so much Maybank PH  for making our family happy and for being God's intrument to show us really the true meaning of Christmas.

Everything that we have are blessings from God.

"No one has ever become poor by GIVING". - Maya Angelou

"Receiving is good, but giving is much better. Nevertheless, sharing is the BEST" -

" The willingness to share does not make one CHARITABLE, it makes one FREE. - Robert Brault 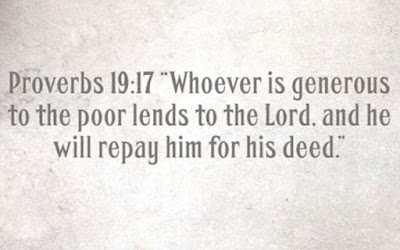 Posted by Made It Through Mum at 4:09 PM