Christmas isn't over yet but I can't contain my excitement. Because I love all his songs. ♥♥♥ 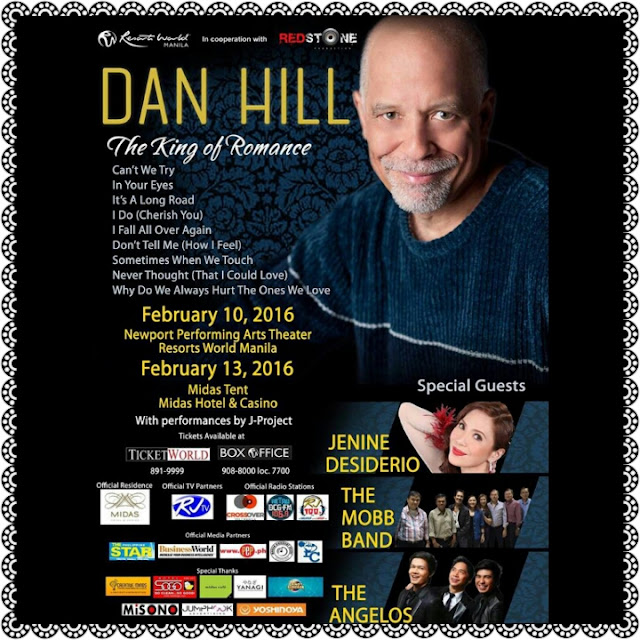 Baby...I never thought that I could love someone as much as I love you,


I never thought that I could need someone as much as I need you,


I don't wanna look into your eyes


Coz you know what happens next


We'll be making love and then


I'll fall all over again - I Fall All Over Again, Dan Hill


Just when it seems we've finally made it through


Why can't we fly between the eagle and the dove?


- Why do we always hurt the ones we love?, Dan Hill

Last 2011, he did a back to back concert with Yvonne Elliman and Stephen Bishop. This year he will be back once again to serenade us with his top charting hits and spend the Valentines here in the Philippines, touring. Catch him as he performs on February 10, 2016 at Newport Performing Arts Theater, Resorts World Manila.

Posted by Made It Through Mum at 1:38 PM