The Department of Health (DOH) urges the public to be careful with diseases common during rainy season known as WILD - an acronym that stands for Water-borne diseases, Influenza, Leptospirosis, and Dengue.

Here are some information about Leptospirosis. 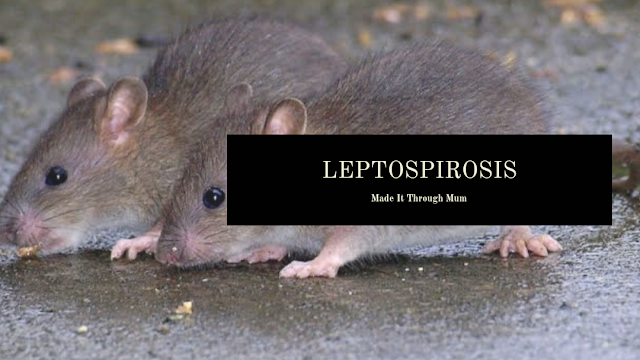 LEPTOSPIROSIS is a bacterial disease that affects humans and animals. It is caused by bacteria of the genus Leptospira. In humans it causes a wide range of symptoms, and some infected persons may have no symptoms at all. Symptoms of leptospirosis include high fever, severe headache, chills, muscle aches, and vomiting, and may include jaundice (yellow skin and eyes), red eyes, abdominal pain, diarrhea, or a rash. If the disease is not treated, the patient could develop kidney damage, meningitis (inflammation of the membrane around the brain and spinal cord), liver failure, and respiratory distress.

How do people get leptospirosis?
Outbreaks of leptospirosis are usually caused by exposure to water contaminated with the urine of infected animals. Many different kinds of animals carry the bacterium; they may become sick but sometimes have no symptoms. Leptospira organisms have been found in cattle, pigs, horses, dogs, rodents, and wild animals. Humans become infected through contact with water, food, or soil containing urine from these infected animals. This may happen by swallowing contaminated food or water or through skin contact, especially with mucosal surfaces, such as the eyes or nose, or with broken skin. The disease is not known to be spread from person to person.

How long is it between the time of exposure and when people become sick?


The time between a person's exposure to a contaminated source and becoming sick is 2 days to 4 weeks. Illness usually begins abruptly with fever and other symptoms.


Leptospirosis may occur in two phases; after the first phase, with fever, chills, headache, muscle aches, vomiting, or diarrhea, the patient may recover for a time but become ill again. If a second phase occurs, it is more severe; the person may have kidney or liver failure or meningitis. This phase is also called Weil's disease.

The illness lasts from a few days to three weeks or longer. Without treatment, recovery may take several months.

Where is leptospirosis found?
Leptospirosis occurs worldwide but is most common in temperate or tropical climates. It is an occupational hazard for many people who work outdoors or with animals, for example, farmers, sewer workers, veterinarians, fish workers, dairy farmers, or military personnel. It is a recreational hazard for campers or those who participate in outdoor sports in contaminated areas and has been associated with swimming, wading, and whitewater rafting in contaminated lakes and rivers. The incidence is also increasing among urban children.

How is leptospirosis treated?


Leptospirosis is treated with antibiotics, such as doxycycline or penicillin, which should be given early in the course of the disease. Intravenous antibiotics may be required for persons with more severe symptoms. Persons with symptoms suggestive of leptospirosis should contact a health care provider.

Can leptospirosis be prevented?


The risk of acquiring leptospirosis can be greatly reduced by not swimming or wading in water that might be contaminated with animal urine.

Protective clothing or footwear should be worn by those exposed to contaminated water or soil because of their job or recreational activities.

Posted by Made It Through Mum at 9:07 AM