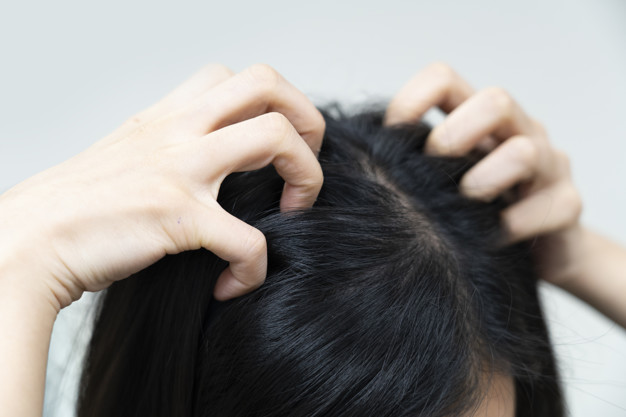 Head lice infestation or pediculosis has been a big health problem since the dawn of time. Generations of parents and guardians have always warned against lice, often times panicking and immediately whipping out a suyod (lice comb) once they see something crawling beneath children’s hair. However, despite our long and itchy history with head lice, there are still many who believe in the common misconceptions about lice infestation.

Kilusang Kontra Kuto, a coalition of head lice prevention experts and advocates led by Lamoiyan Corporation’s Licealiz, the Department of Education or DepED, University of the Philippines Manila College of Public Health, Mommy Bloggers Philippines, and Drugstores Association of the Philippines, was created with the goal of dispelling these misconceptions and changing the negative view on pediculosis.

Here are a few of the common misconceptions we often hear about kuto:

⛔ Lice can jump or fly from head to head
One misconception is that head lice can be obtained just by standing close to someone, due to the ability of lice to ‘jump or fly from one head to another.’ But this is not true. Head lice are not built for jumping or flying. They can, however, transfer from head to head by crawling. Their legs have claws that allow them mobility while gripping strands of hair. They can also be transferred through using someone else’s hair comb, hat, towel or any other object that comes in contact with heads.

⛔ Head Lice is caused by poor hygiene
Many associate head lice with poor hygiene, but anyone can is vulnerable. In fact, it is harder for head lice to live on greasy hair because it is much more slippery.

⛔ Only children get head lice
Head lice can also be obtained regardless of age and social status. Head lice is simply more prominent in school-aged children than adults because they are more likely to share hats and clothes with others.

⛔Lice prefer longer hair
Another common belief is that head lice prefer to infect longer hair because it is easier for them to camouflage themselves this way. However, the main goal of lice is to infect the scalp and feed off of the blood that lies there, so the likelihood of getting lice is the same whether you have shorter or longer hair. Also, because they mostly stay near the scalp, they are often hard to miss.

⛔You can get lice from animals
Pediculosis is a form of lice infestation that is specific to humans. Over the course of time, lice has evolved based on the kind of hair we have, thus other animals have their own lice and fleas lurking in tufts of fur. This means that humans cannot get lice from household pets and other animals.

⛔ Lice can survive on sheets and blankets for weeks
Head lice cannot survive without feeding from a host. It can still manage to live on linen, stuffed animals or clothes, but it will die after 48 hours. This makes it less likely for you to be infected with head lice from lying on the couch than from direct head to head contact.

Misinformation about lice infestation can fuel the cultural stigma around it and could impact not only the health, but also the behavior of these children. This stigma can be removed by arming ourselves with the proper information to combat these misconceptions. Let us promote proper health communication and conduct the appropriate safety precautions to ensure effective head lice treatment.

For a safe and proven way to eliminate head lice and nits, Licealiz Head Lice Treatment Shampoo is an effective solution with its active ingredient pyrethrin, a chrysanthemum extract.