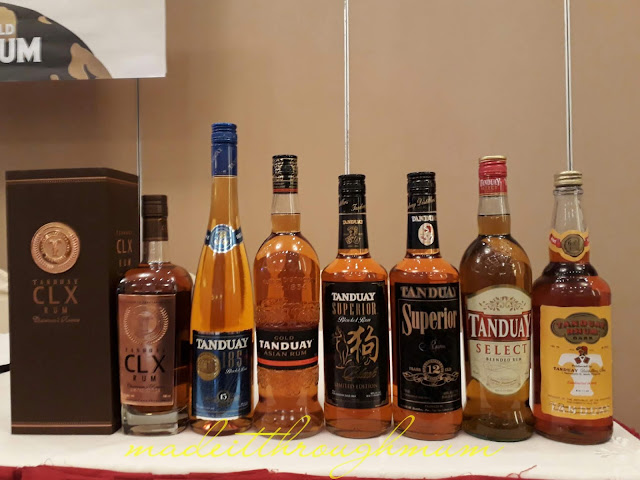 For the first time, a Philippine-made liquor brand has been ranked as the top-selling rum by global spirits think tank Drinks International. Tanduay has taken over the number one spot from a list of international rum brands that has long been dominated by Bacardi.

Drinks International has released the "definitive ranking of the world's million-case rum brands", citing Tanduay as the new industry leader followed by Bacardi and McDowell's No. 1 Celebration. 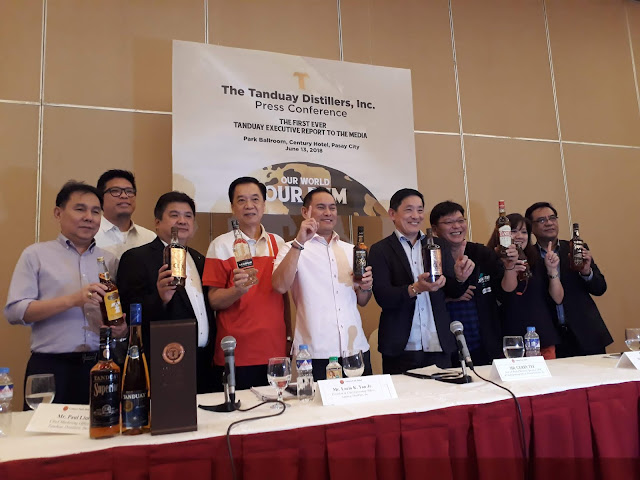 "Our distinctly Filipino rum is now the world's number one... We have a great product to offer the world and the world recognized it," said Lucio "Bong" K. Tan, Jr., president and chief executive officer to Tanduay Distillers, Inc.

Tan Jr., who actively took the helm the as chief operating officer of the company in 2014, has been credited for the disruptive changes within the company that led to explorations of new markets abroad and new market approaches locally to bring the brand closer to younger product consumers.

"Only a visionary like my father, Dr. Lucio Tan, saw this when he acquired Tanduay from the Elizaldes in 1988. At a time considered very volatile for any business investment in the country, my father held on to the belief that someday the world will know Tanduay," added Tan Jr.

Since the acquisition of the Tanduay brand by the Lucio Tan group 30 years ago, plant modernization and expansion projects tremendously increased the distillery's production capacity. Today, Tanduay has an unmatched aging capability harvesting only the world's finest from its aged rum reserve. All facilities operate based on ISO standards ensuring consumer of quality, efficiency, and food safety. Recently, its Cabuyao plant has completed its ISO-9001: 2015 certification.

Through the hands-on leadership of Tan Jr., the company made a historic expansion in the world arena. Tanduay made a strategic alliance with companies in the United States to expand its distribution capacity.

According to Paul Lim, chief marketing officer to Tanduay, the company embarked on a brand refresh since the younger Tan took over. 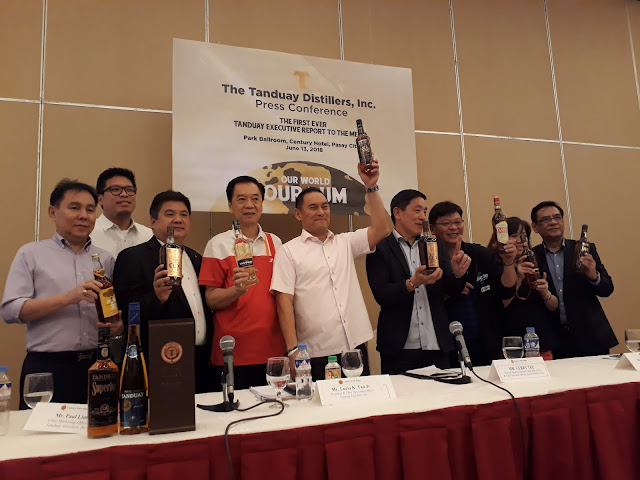 "We were the first to implement a nationwide music marketing campaign that brought Tanduay to a younger market. We were also the first local liquor brand to sponsor an NBA Team - the Golden State Warriors. We continue to push futher as we ride along an ever changing market lanscape now dominated by health-conscious, athleisure-loving millennials with the launch of Tanduay Athletics and a sponsorship of the Century Tuna Superbods. Both projects contributing a premium to Tanduay's brand equity," he related, citing some of the marketing innovations that led to Tanduay becoming the world's number one rum.

Tanduay Distillers Inc. is a member of the LT Group of Companies. Tanduay is the Philippines' tom rhum maker, which is also distributed in Asia and the United States, among other countries in the world. Likewise, the company produces spirits, wines, brandies, gins and vodka. We are registered company in the Philippine stock exchange as a subsidiary of Tanduay Holdings Inc.

Posted by Made It Through Mum at 7:24 AM